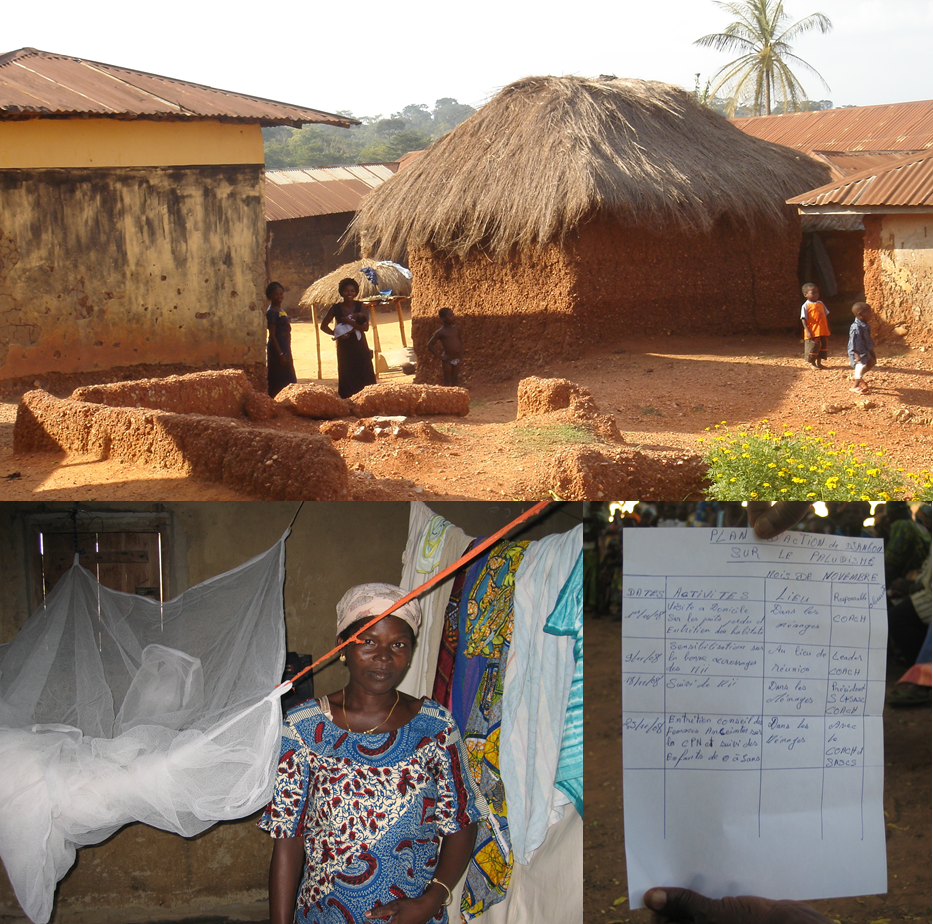 In June 2005, The Constellation facilitated a workshop in Mombasa, Kenya, where facilitators from 12 countries participated in an introduction to the Malaria Competence Approach. Participants came from National Malaria Programs and implementing NGOs. After the event, participants experimented with, and integrated into their existing strategies, the approach and its main tool, the Self Assessment. Evaluated results included an increased level of local ownership by communities and a greater use of available resources, such as bed nets and malaria medicines.

A follow-up contract consisted of the facilitation of an experience-based Peer Assist for all participants of the Roll Back Malaria (RBM) Global Partner’s Forum V in Yaounde, Cameroon. As an outcome, The Constellation was invited to join the RBM Task Force in 2006, and the Malaria Competence Approach was integrated into RBM’s toolkit and general policy.
The Constellation also facilitated an electronic discussion forum where members of the Malaria Competence Group exchange experiences and new knowledge.

In 2008, Roll Back Malaria asked The Constellation to run a field investigation in two countries that appeared to have been particularly proactive: Togo and The Gambia. Jean Legastelois and Philip Forth undertook this mission from the 25th of October to the 9th of November 2008 along an 1800 km journey. The results they found were impressive.

“Now, in Health Centres, we can find empty beds during the peak of the malaria season…”
“Women no longer have miscarriages because of malaria, and we have had no deaths of children for two years…”

The Togolese Red Cross and The Constellation share a common vision of people being the central element in any solution. The Malaria Competence approach and its Self Assessment tool fitted naturally into existing strategies and gave them a boost.

In 2004, 866,000 insecticide treated bednets were distributed during an impressive national campaign. The Togolese Red Cross has been on the front line of this campaign with its 15,000 volunteers. To maximise the impact of this campaign, it launched a follow-up operation called ‘Keep up’ exploiting all existing methods of communication within in its own network and all of the structures that are in place in communities, and in particular the Red Cross Clubs for Mothers present in the whole country and ranging in size from 30 to 70 women.
In all of these clubs, the most important change has been the awareness that malaria is a disease brought by mosquitoes, and not the result of witchcraft. Once women understood what malaria really is, they decided to act and they took along the whole community.

What enabled this awareness? The ‘Malaria Competence’ Self Assessment. It is a framework with which a community assesses itself to establish its degree of knowledge about malaria, its present behaviour, and the ways to progress and the actions to undertake. An opportunity for rich discussion, a powerful tool for freeing speech. Of course, we are here in a society where people have always been discussing, within families or neighbourhood groups, about politics, land issues, women issues. “But all these matters are splitting ones,” we were told. “When we self-assess our Malaria Competence, we talk about issues that bring us together, make us closer, mobilize us.”

Soon, a virtuous circle is established: the village sees that malaria cases get fewer and the dynamic of action is strengthened. The community takes ownership of the struggle. This enables effective and sustainable action. 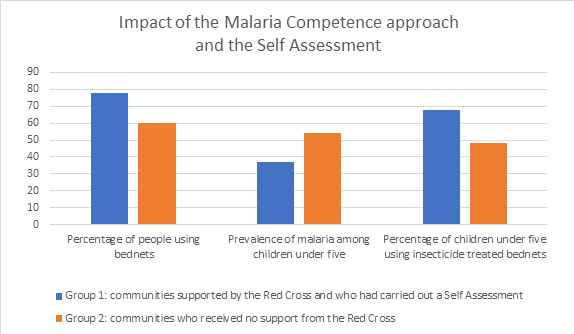 One of the most impressive results arising from the dialogue initiated within communities using the Self Assessment tool is that women dare to speak in public, in a society where they traditionally do not.

Many of the people that we met added that the group conversations about malaria brought peace to the villages with the identification of the real cause of the disease.

And finally, the results of these group efforts have brought confidence and good will to the community. Blaise Sedoh, National Coordinator of the Red Cross in charge of the HIV/AIDS and Malaria programme, notices, “People now see the value of a shared effort. In a community that has done the Self Assessment, it is easier to find people who are ready to act together.” 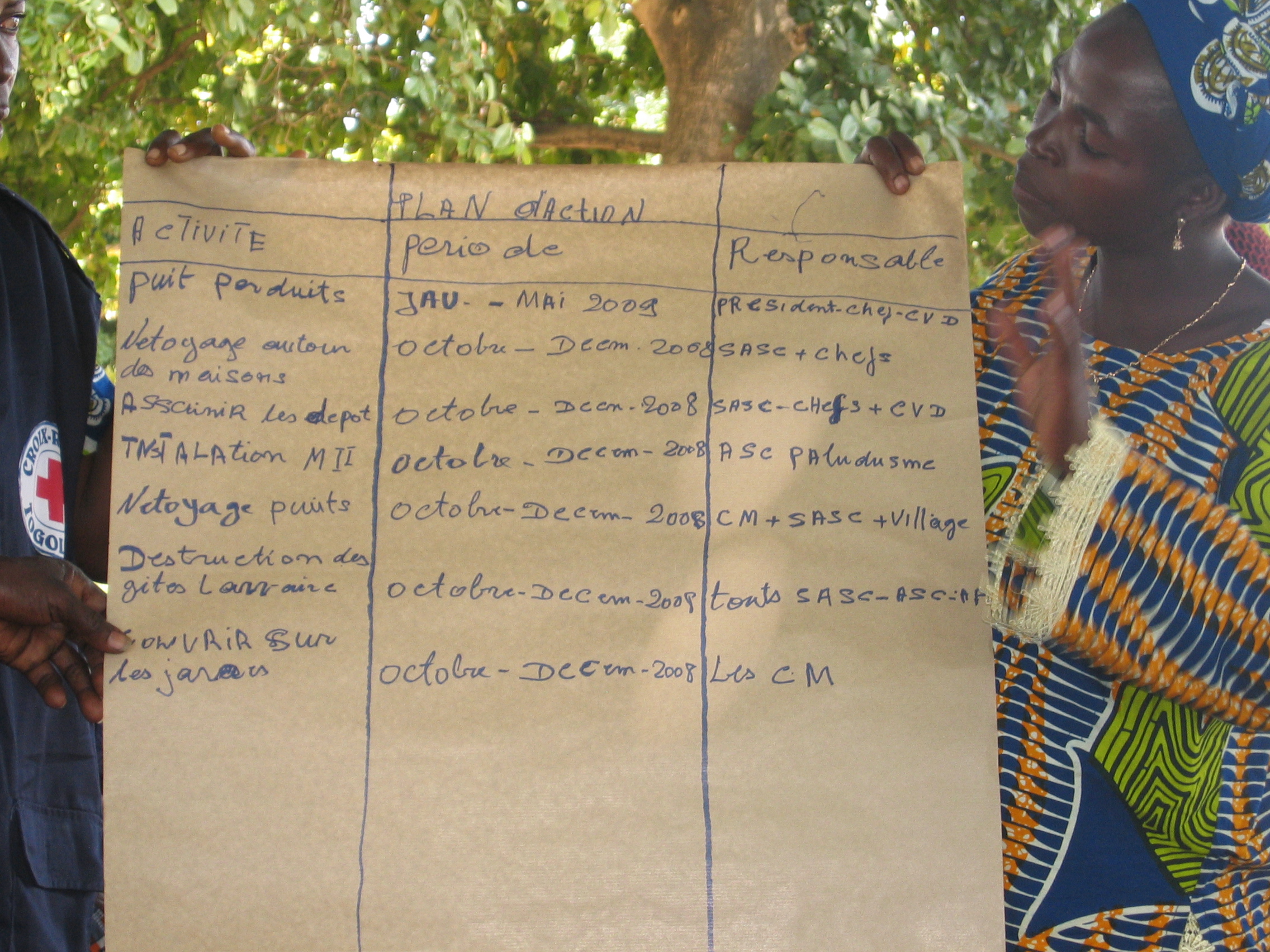 Some advice from Togo

What advice can be drawn from the experience in Togo, to help a country or a region willing to adopt the Malaria Competence approach? Blaise Sedoh makes some suggestions:
• To begin with, the project needs to be executed by one or more people who are convinced of the value of the approach. They must have operational responsibilities and they must have a staff who has been trained in the approach. People in charge of programmes must understand that the Self Assessment is not a replacement for existing programmes but is a way of coordinating them.
• From the start, the process must be based on community participation and training of community members. That has to be the starting point! And also make sure that field work makes up a part of the training programme!
• Make sure that there are people who concern themselves with coordination and follow up. Keep checking to see what is happening in the field. Give support!

“The communities involved in malaria competence are still mobilised. Naturally, things have evolved, with other practices being addressed. There is a lot more talks about essential family practices, including those that consider the fight against malaria” – Blaise Sedoh.

How did this improvement come about?

The struggle against malaria was a national ambition with the support from the Global Fund for Malaria, but key was community commitment.
Two women have brought the added value of Malaria Competence to the existing strategies in The Gambia: Mrs Adama Jagne Sonko, Deputy Programme Manager in the National Malaria Control Programme -and Miss Marie Chorr, Project Manager for the Nova Scotia Gambia Association (NSGA). In 2005, they introduced the Malaria Competence approach to the Regional Health Team in a week. They showed them how to use the Self Assessment tool. M. Baba Njie, North West Bank Region Regional Health Officer, remembers, “As we were using it in communities, we could see them getting ownership of the malaria issue and of the information. And then we saw them making their own Action Plan to fight malaria.”

If the facilitators trained to use the Self Assessment tool have been so well received by the communities, it is because they always showed the greatest respect for local traditions, leaders and communities. They started by visiting the leaders, took great care to listen to the communities, to get to know their traditions and taboos.

Abu Carr Sisawo, NSGA facilitator, explains the role of drama groups, excellent carrier of communication: “With a small drama, you can summarise the content of the Self Assessment framework. Another advantage is that dramas are always performed in the local language (and there are plenty of those in The Gambia!). Drama groups keep on illustrating the same main themes, but they enrich them with allusions to what is being lived in the community. Their plays are not recitations: they invent, improvise, and enjoy very much performing.” And the pleasure is fully shared by the community! 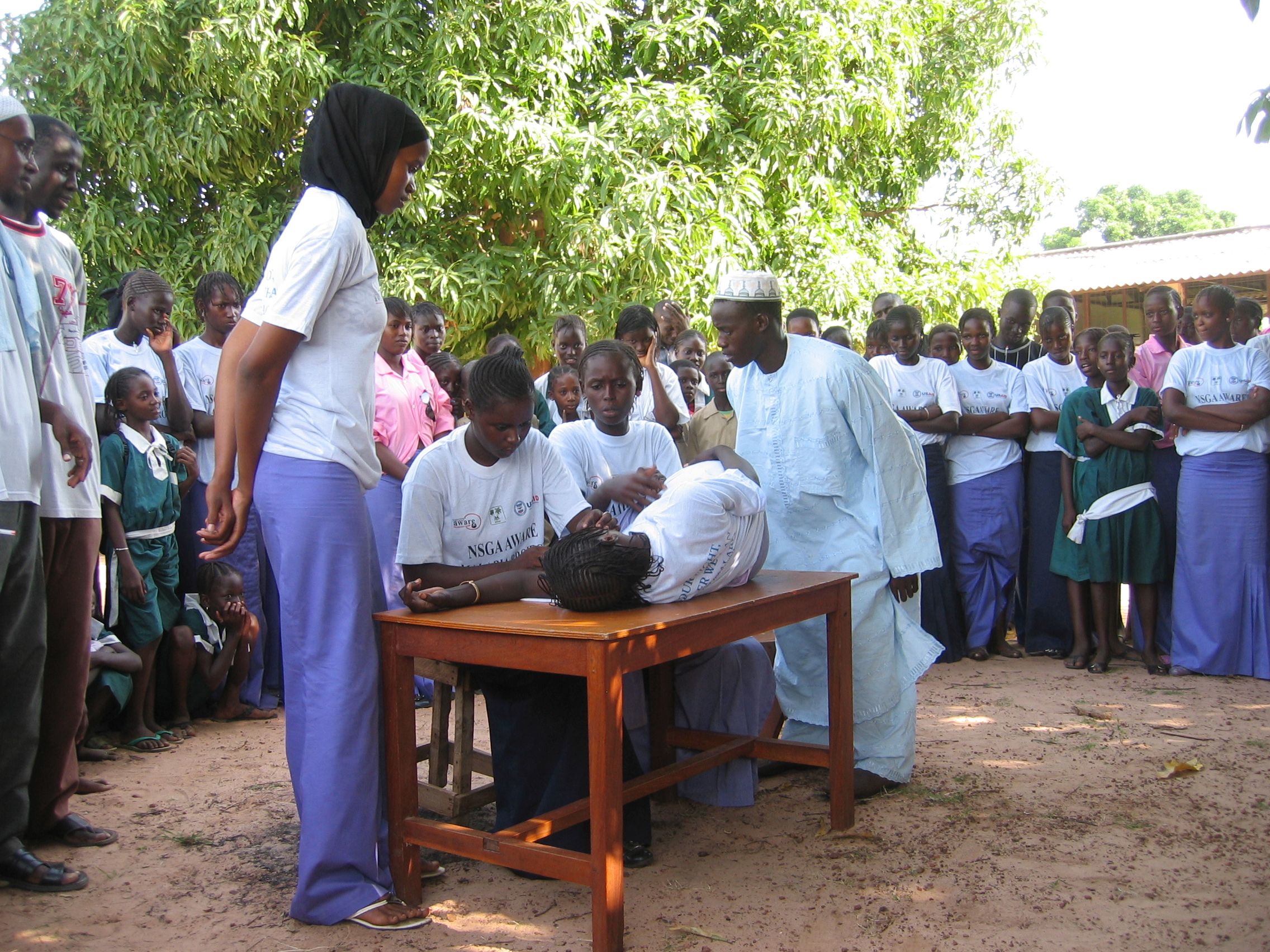 The Self Assessment tool was used systematically, leading to “massive community participation, and especially to women’s participation.” Mr Kevin Hughes, NSGA Programme Manager for West Africa, also emphasises that this tool provides information about issues that are difficult to measure, such as the quality of communication and ownership of the fight against malaria by the communities.

In The Gambia in 2008, sustainability of the struggle against malaria was addressed in two ways, develop Malaria Competence in youngsters and reversing the culture of dependency by giving communities the possibility of taking ownership of the malaria roll back. “And this is where the power of Self Assessment stands: ownership,” insists NSGA Programme Director Kevin Hughes.

Some advice from The Gambia

What advice can be drawn from the experience in The Gambia, to help a country or a region willing to adopt the Malaria Competence approach? Mrs Adam Jane Sonko makes some suggestions:

We asked this same question (what advice?) to a group of women, in the village of Sohm. And they answered with happy enthusiasm, “Take along twenty of us to the country interested in Malaria Competence, and we will explain to them what it is all about!” And everything that we have seen convinces us that they would do exactly that with great success!

Roll Back Malaria partnership launched by the WHO Programme

Date: 2005-2008
Scale: In Togo, 22 ‘district coaches’ coming from all regions of the country transmitted the Self Assessment tool to 30-40 local coaches. In The Gambia, 30 facilitators implemented the Malaria Competence approach in 46 communities in three of the six regions of the country.

Authors: Jean Legastelois and Philip Forth

Photos courtesy of Philip Forth.