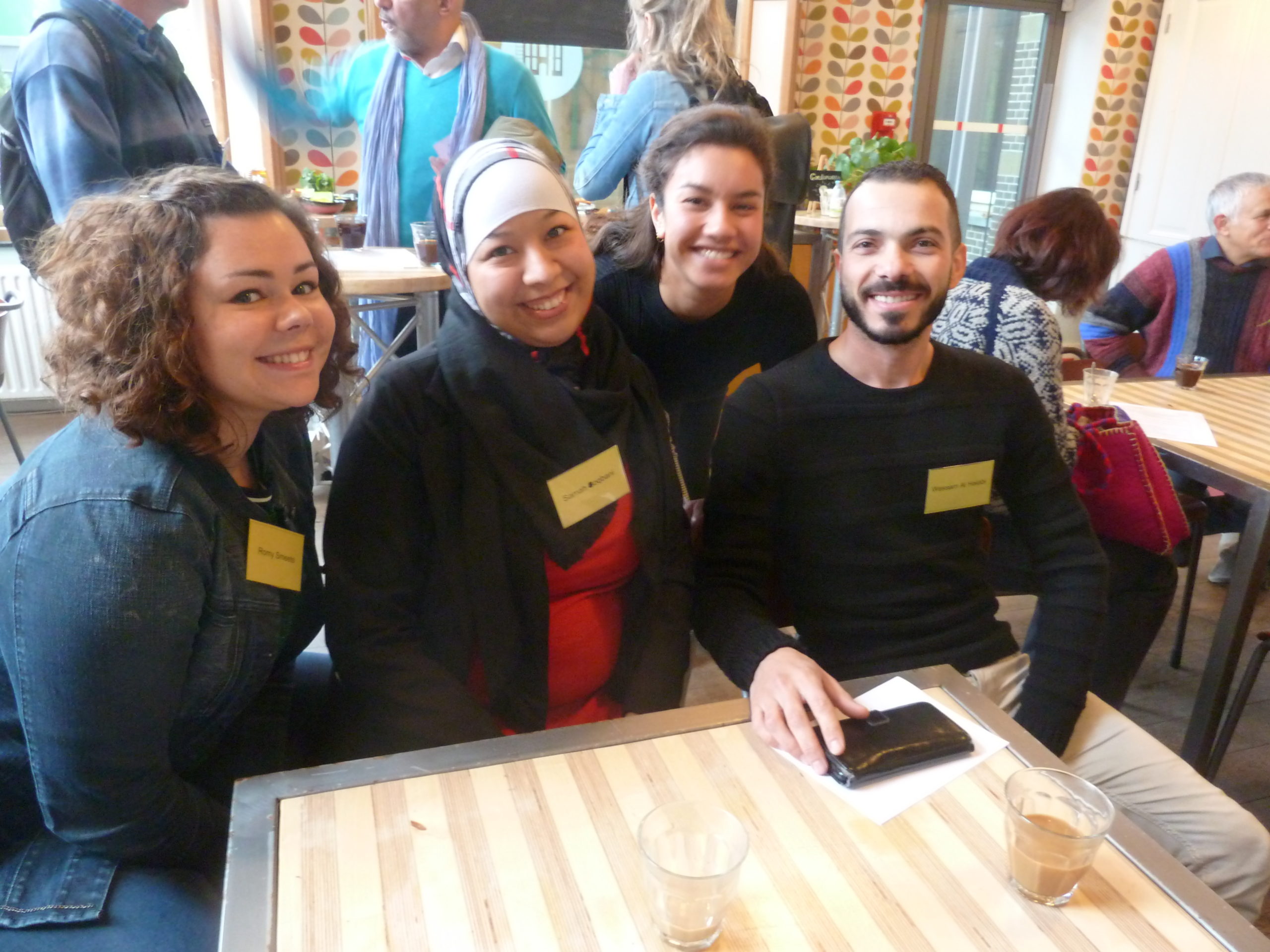 Partnership between The Dutch Council for Refugees & The Constellation

In the period 2015 – 2019, the number of refugees entering the European Union doubled. Victims of the Syrian Civil War and refugees from Eritrea formed the two largest groups that arrived at the borders of the Netherlands in 2015 and following years to apply for asylum. In 2016, the Dutch Council for Refugees (DCR) received a large grant from a private donor. NGOs and other organisations were invited to apply for funding from this grant. Proposals that provided an innovative approach to integration of newcomers (refugees with a residence permit) were granted funding.  The Constellation’s proposals to use SALT-CLCP as a methodology to foster integration of refugees were approved in two consecutive years, 2017 and 2018.

DCR is an independent NGO and volunteer organisation with 13,000 volunteers and 300 employees. DCR is well established and recognised in Dutch society for its expertise and network. Our first conversation about SALT at this organisation took place in February 2016. Since then, senior professionals of DCR voiced contentment and appreciation regarding the achievements in 2017 of The Constellation’s strengths-based participatory group approach (SALT) in assisting permit holders to integrate within the Netherlands. The promising results with application of SALT in one region of DCR in 2017 led to a prolongation of the pilot project in 2018, this time introducing SALT to all five regions, and eventually to the decision by the board of directors of DCR to adopt the SALT approach throughout the organisation at the end of 2018.

The strengths-based approach to working with refugees with a temporary asylum residence permit entailed a change in DCR’s established way of working. “We want this change”, DCR’s officials stated, “but it takes time to adopt the new mindset and methodology organization-wide”.

The Constellation offered the Dutch Council for Refugees

We trained around 50 staff and volunteers on facilitation of strength-based integration. Within that context we co-facilitated various (neighborhood) projects. In 2017, two The Constellation facilitators supported employees and volunteers of a local office of DCR in experimenting with the new way of working. In 2018, a team of four The Constellation facilitators ran a course in strengths-based (group) facilitation with 30 participants (in two parallel groups) from all regions of DCR: approximately 6 days in-house training plus (distant) coaching.

Geoff Parcell, co-founder of The Constellation offers a refreshing perspective on sharing of good practices: “Knowledge should not be seen as something that is supplied from one person to another, or from rich countries to poor ones, but something that flows back and forth, and is continually improved, adapted and refreshed. By accepting that we all have something to learn, and something to share, knowledge can start to flow more effectively around and across organisations and communities, to the benefit of developed and developing countries alike.” 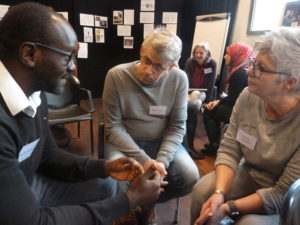 Story telling at the Learn and Share Festival in Utrecht.

We organised two Learn & Share Festivals where applications of SALT-CLCP were shared among colleagues and with members of partner organisations. The Learn & Share Festivals were well received by the Dutch Council for Refugees: the fact that good practices were presented by colleagues demonstrated the principle that change is only real when it springs from within (their own organisation).

By using The Constellation’s community-driven approach, power dynamics shifted within communities: marginalised voices were being heard, and step by step community members were taking on a more active (initiating and co-leading) role. This requires an intentional effort by all involved (members of the host society as well as newcomers) to build bridges by demonstrating an appreciative mindset, taking time to listen and also being mindful to organise translation, if needed.

Our way of working proved to be successful. Critical success factors were:

We also found out:

Building trust with and within the communities sometimes takes a lot of time and effort. We succeeded as a result of the strong facilitation skills by former refugees. Trained facilitators and managers report growing work satisfaction in the offices engaged in SALT.